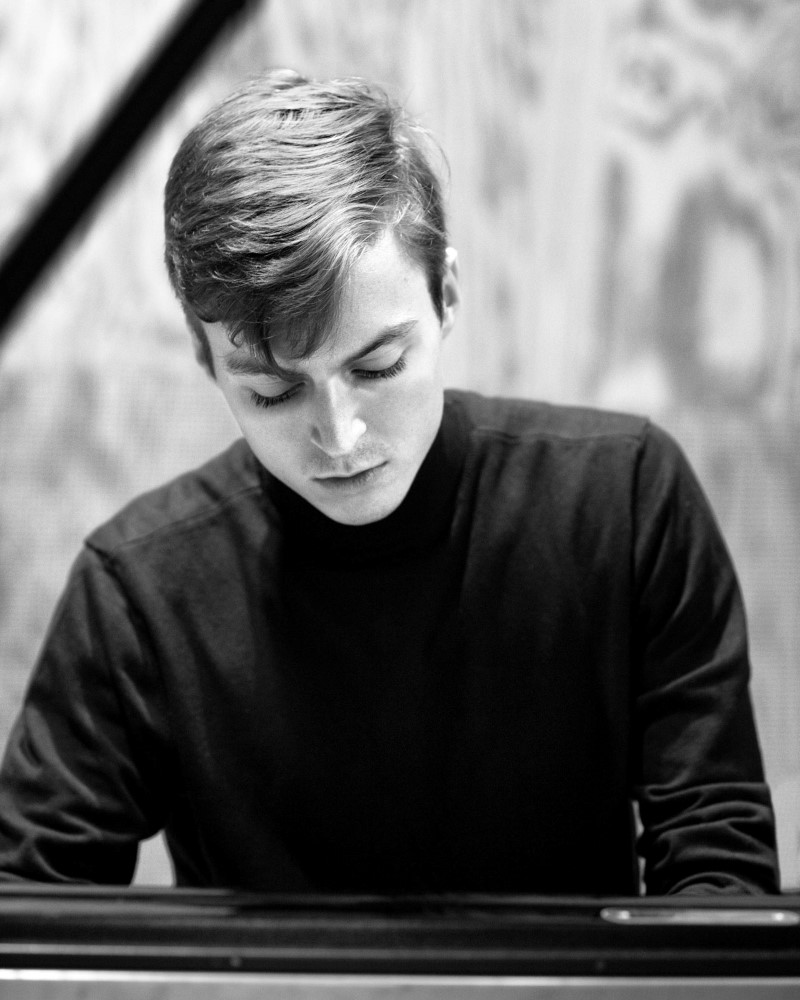 Carter Muller is a Dutch-American classical pianist and aspiring conductor. Born in Amsterdam, his family moved to Seattle when he was seven. There he received his first piano lessons from his grandmother. It was love at first sight with the piano. After a few weeks he exclaimed: I am a pianist, it’s in my blood! Since then, music has been the most important aspect of his life.

He has performed on various podia throughout Europe and Northern America, including major halls such as the Royal Concertgebouw in Amsterdam. He has performed as a soloist with the Sinfonia Rotterdam and Residentie Orchestra. His repertoire stretches from Bach and Beethoven to Chopin, Liszt, Debussy, Prokofiev and contemporary music. He has studied with Peter Mack in Seattle, at the Conservatory of Amsterdam with Marjes Benoist and Nino Gvetadze, and at the International Piano Academy in Imola with Igor Roma. In 2021, Carter completed his Bachelor’s degree with Till Fellner at the Zurich University of the Arts, where he will continue his studies in the Soloist Master’s programme. He has received masterclasses from various maestri throughout Europe and the USA, including Angela Hewitt, Dmitri Alexeev, Leif Ove Andsnes and Enrico Pace.

Besides the piano, Carter has taken classes in composition with Mathias Steinauer and conducting with Iwan Wassilevski in Zurich, after previously having studied with Taco Kooistra at the Netherlands Young Conducting Academy. He also maintains a strong interest in chamber music and forms a duo with violinist Kamilia Boris.