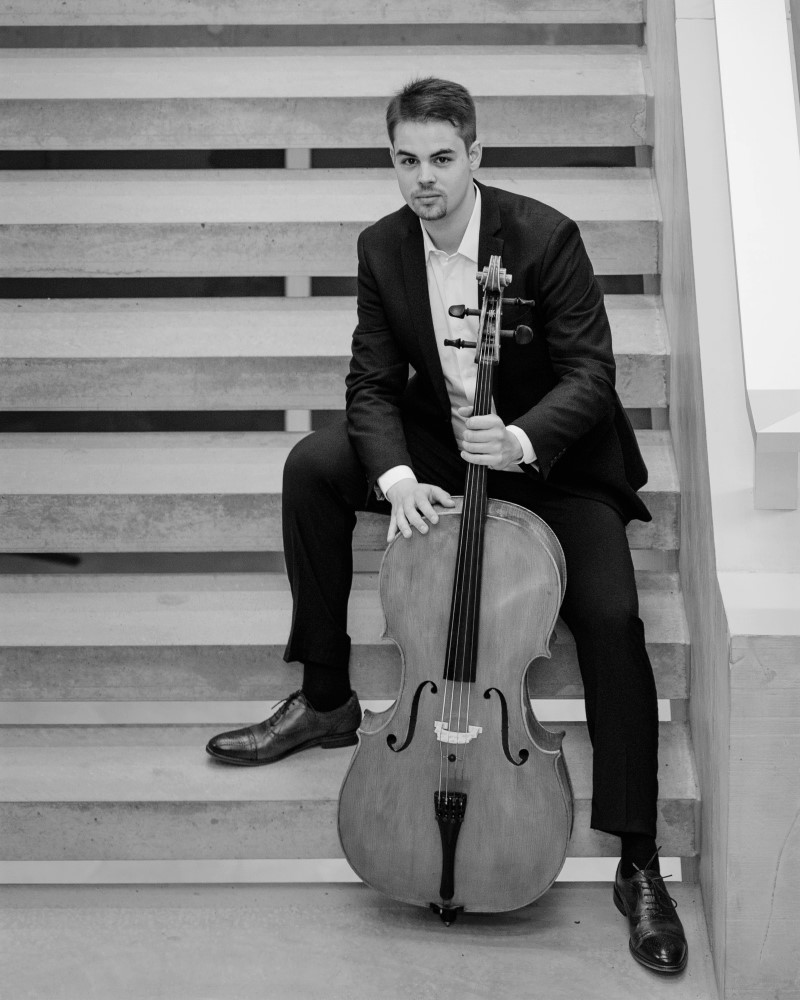 Born in Rome in 1995, Luca De Falco received his first cello lessons in France at the age of 6. In 2016, he obtained the traditional diploma with honours at the G. Frescobaldi Conservatory of Ferrara under the guidance of Italo Rizzi and later of Marco Scano. He continued his studies at the Academy of Imola with Orfeo Mandozzi before moving to Switzerland in September 2017 to study at the Musikhochschule Lucerne (HSLU) under the guidance of Guido Schiefen. In June 2020 he obtained the Master in Major Performance and is currently enrolled in the Master in Solo Performance.

Luca De Falco was a member of the National Orchestra of Conservatories in the 2015/2016 session in the role of first cello. In May 2018, he won the internship at the Biel/Solothurn Symphonieorchester where he worked in the season 2018/2019. He is currently involved in several chamber music groups and formations and works regularly in several Swiss orchestras such as City Light Orchestra, Santa-Maria Orchester, Ars Excelsis and Sinfonietta Lucerne.

In June 2016, Luca De Falco participated in a web/television production (IL Liutaio – La Web Series), also broadcasted on Sky. He won several awards in his career, including Soloists and Orchestra at the Conservatory of Ferrara, Irina granted by the ANT of Ferrara and the online contest soloist.eu. He has also participated in international competitions including 20th Lodz International Kiejstut Bacewicz Competition for Chamber Music (2019-final) and the Concours de Genève (2021).

Luca De Falco has performed several times as a soloist: with the orchestra of the Conservatory G. Frescobaldi of Ferrara at the Teatro Comunale, the orchestra Antiqua Estensis at the Ridotto of the Teatro Comunale di Ferrara and the Junge Philarmonie Zentralschweiz at the Salquin hall in Lucerne. During his education he attended lessons with cellists of international calibre such as Wen-Sinn Yang, M. Fornaciari, G. Gnocchi, O. Mandozzi, M. Scano, E. Dindo and L. Simoncini.